Every 15th of September, we celebrate the International Day of Democracy, which was established by the United Nations in 2007 to celebrate, promote and recognize the principles of democracy. While the way in which democracy is expressed across the world may vary, it is defined by citizens’ ability to participate in public decision-making, typically through choosing their government.

In New Zealand, we accept democracy as a fact of life, perhaps to the extent that we forget that many other countries around the world do not have the right to choose their political representatives based on their policies and ideas. Not only do we take for granted our right to choose our leader, but also the other freedoms associated with democracy – our rights to freedom of association, of assembly, of protest, of speech and expression. We feel that we can ultimately hold the government accountable for decisions we disagree with, so the government is wise to largely adhere to its voters’ views.

To understand how democracy forms an integral part of society, you only need to spend some time on the steps of New Zealand’s Parliament, watching groups with posters, banners, microphones and passion, loudly and visibly bringing public and political attention to an issue which is important to them and holding the government to account, no matter how big or small the issue. New Zealanders feel secure in their right to criticize the government directly, in the news media, or online. We take these rights for granted, however, it is important to remember that people overseas in 2018 have been arrested for less.

In many ways, democracy is about more than just casting a vote. It represents a system where the government serves the people, not subdues or controls them. We give over money through taxes and some rights to our personal autonomy in favour of a government which administers the collective funds and rights for the good of the majority. We trust the government to do well by us and if it fails, it loses in the ballot box.

For most New Zealanders, the thought of living under a non-democratic or one-party government is resigned largely to dystopian literature and films. The turnout of young people at the voting booths is low; we underestimate the power our vote has to influence the future of tomorrow. However, some of our closest geographic neighbours have restrictions on political freedoms which we really cannot fathom living under. We are lucky in this regard – New Zealand can look forward to a future where everyone is free to express their views, disagree with or criticize the government, protest, and be actively encouraged to do so.

To celebrate the International Day of Democracy, think about how you can participate fully in political life. Did you vote in the last election? If you didn’t vote or you aren’t yet old enough to vote, do some research into the importance of voting in a democratic society, find political parties whose policies align with your beliefs, and understand what is important to you and how best you can have your voice heard by the leaders of our country.

Where do we look to when we long for change? For a long time now, people have started to lose faith in traditional arenas like government. Instead, people have turned to technology. From Google to Amazon, tech companies have had a tremendous impact on society, transforming how we work, play, and communicate.

But have our hopes been misplaced?

Consider Elon Musk, who was once seen as a self-made visionary. Tesla and SpaceX promised to revolutionise the way we travel, now and in the distant future. Yet a series of alarming events have cast his reputation into doubt. In the span of a few weeks, Musk has had multiple public meltdowns on Twitter, baselessly accused a diver involved in the Thai cave rescue operations a “pedophile”, and invited investigations from regulatory agencies following a failed plan to privatise Tesla. Meanwhile, Tesla continues to bleed money quarter after quarter with no discernible path to profitability amidst reports of human rights abuses.

Now consider Jeff Bezos, whose company Amazon recently struck $1 trillion market cap. Reports after reports unveil questionable practices within its warehouses, where workers are allegedly denied bathroom breaks. One survey suggests that over half of workers have suffered from depression since working at Amazon. In its search for a second headquarters, cities across the US offered tax breaks and other incentives in a bidding war, hoping to boost their local economies. Yet the effect of Amazon on these cities remains uncertain. Many argue that these incentives outweigh any potential benefits that Amazon might offer, while others fear the inevitable gentrification that this move might bring. Don’t forget decades of anti-competitive practices, including its questionable use of patents to force out competitors and even completely removing their products from its website.

These issues are rampant throughout the tech world. On one spectrum, Apple, accused of human rights violations within its supply chains; Facebook, embroiled within “fake news”  and free speech debates; Google, fined €2.42 billion by EU anti-trust regulators; Uber, the poster-child for negative workplace culture. On the other end, Juicero, a startup focused on high-end juice subscriptions, whose products required a proprietary $700 juicer that was ultimately revealed to be unnecessary. Even as startups grow into full-fledged companies, they often remain being seen and treated as if their purpose remains the same, to disrupt. Never mind what needs to be done to fix the mess they leave behind.

Recently, governments have begun to hold tech companies accountable for their decisions. San Francisco decided to temporarily ban ride-share scooters from its streets, a contrast to Uber’s early days. Auckland itself is considering taxing properties used for Airbnb, given its well-documented negative effects on local rental supply. Under public scrutiny, tech companies have conceived plans to improve diversity, doing away with metrics like “personal fit,” often used arbitrarily to justify discriminatory hiring practices.

Technology remains a place where people can, and are, making positive differences. At the same time, we still need to acknowledge its very real shortcomings. Regardless of our attitudes towards tech, as global citizens, we need to hold tech accountable for the decisions it makes, the impact it has, and the values it upholds. If we long for change, instead of looking towards elsewhere, we should begin with ourselves and see our own potential to do good.

Around half of New Zealanders are under the age of thirty-five, yet the average Member of Parliament in this country is in their fifties. Aged 23, Chloe Swarbrick became the youngest MP since Marilyn Waring entered Parliament in 1975. When a government is designed to represent the people it governs, it seems odd that the voices of young people have very little representation at the decision-making table.

I was lucky enough to attend the 2018 Festival for the Future, an event which both celebrates and amplifies the voices of some of Aotearoa’s most inspirational young change-makers. Hearing about the achievements, the accomplishments and the selfless service so many inspiring rangatahi already packed into their young lives was truly moving. So many of the young speakers and panelists were wise beyond their years and it was easy to forget that they were the same age as me, many actually younger.

The most profound characteristic of the Festival was that the panels and speakers were not just politicians, industry experts and academics – they were people who had experienced first-hand some of the most devastating and challenging issues facing our society. It made me think – why is it that in the debates around homelessness, poverty, mental health, or any other challenge our generation faces, I’ve never heard the voice of someone who has lived through the reality? We need to remember that behind every dire statistic in the news headlines, every fierce debate between those of different political ideals as to how exactly we measure the issue, our people, our next generation are suffering. One child growing up in poverty is one too many. It is so important to amplify these voices – you can turn your head from a statistic but it is much harder to look away from another human being.

Never let anyone tell you that your age prevents you from being the change you want to see in the world. At the Festival, influential young people from across the country came together to share how they have lobbied, advocated, invested, studied and served their communities in order to affect change. They have started businesses, changed laws and policies, given a voice to those who are unable to express themselves, and achieved their goals. They are influential teenagers, twenty-somethings, and thirty-somethings who have already made our world a better place.

August 12th is International Youth Day, an excellent chance to celebrate your individual achievements, the amazing accomplishments of your friends and peers, and to appreciate that anyone, no matter how old, can be a voice for change. An enormous thanks to the Focus Group participants, the Facilitators – James and Cameron, the Conference Organising Committee, and the Event Sponsors. An enormous thanks to the Focus Group participants, the Facilitators – James and Te Wai, the Conference Organising Committee, and the Event Sponsors. 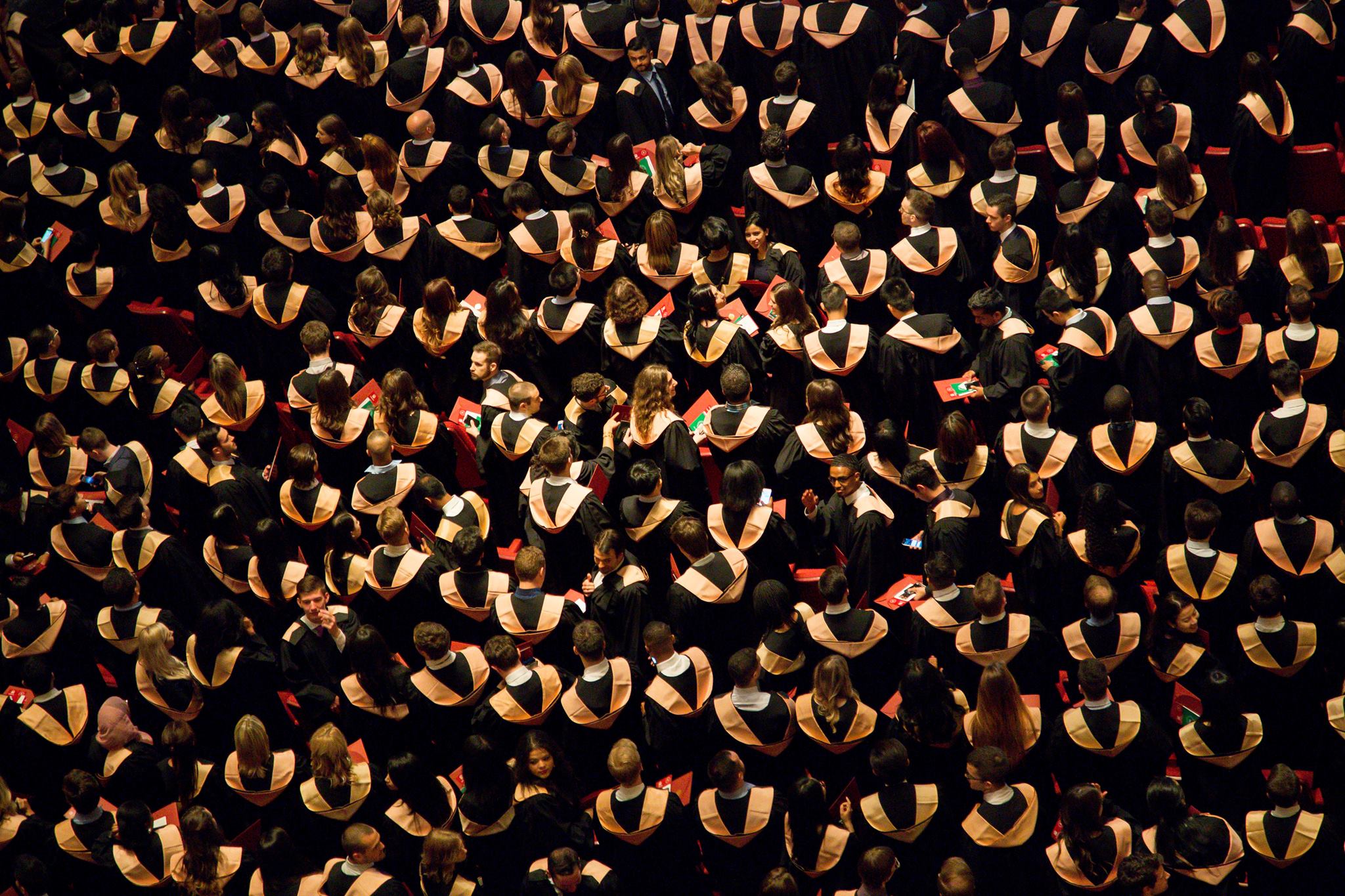 An enormous thanks to the Focus Group participants, the Facilitators – Romy and Mark, the Conference Organising Committee, and the Event Sponsors. An enormous thanks to the Focus Group participants, the Facilitators – Danielle and Hanna, the Conference Organising Committee, and the Event Sponsors. 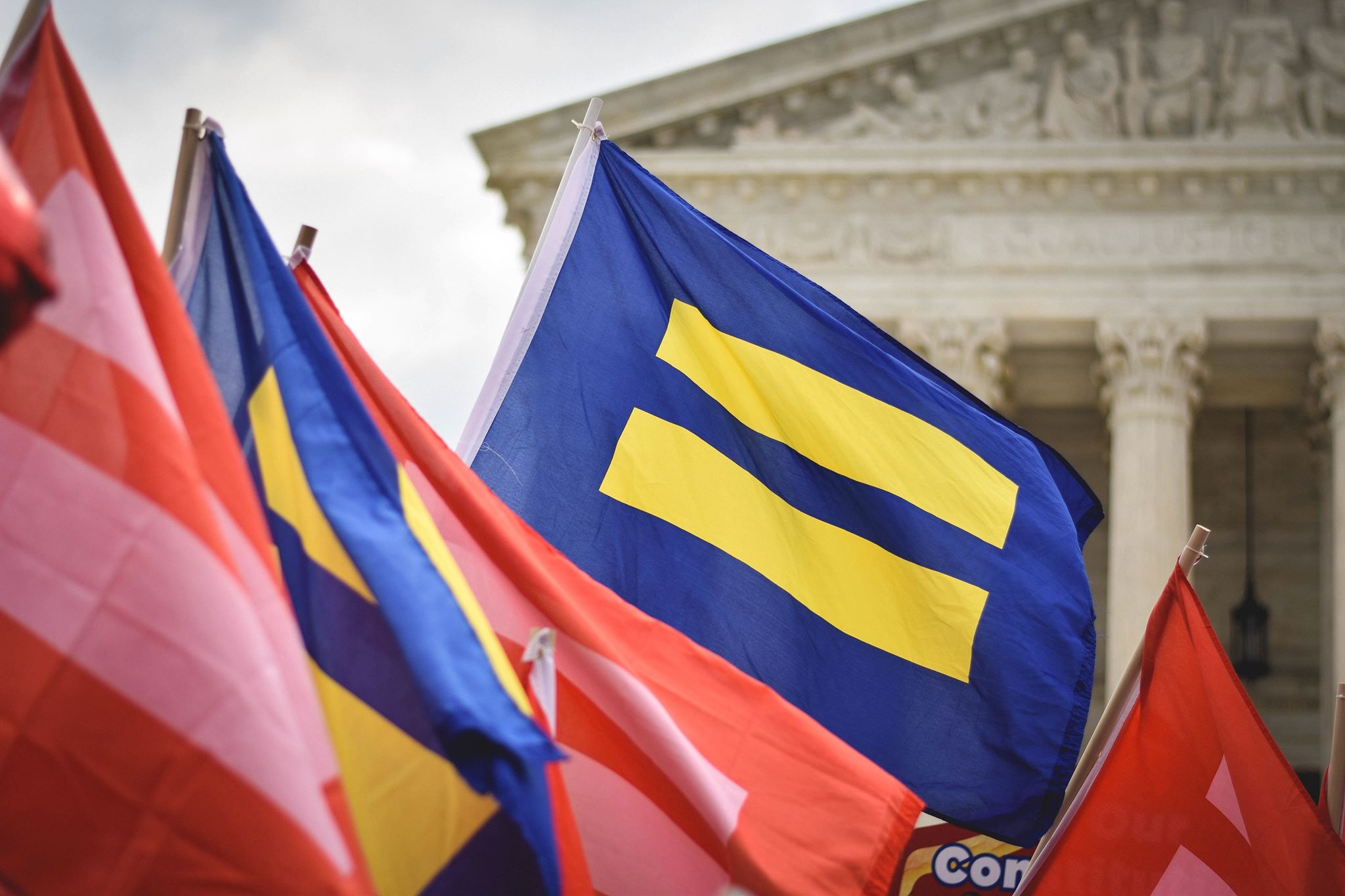 An enormous thanks to the Focus Group participants, the Facilitators – Akshat and Tracy, the Conference Organising Committee, and the Event Sponsors. 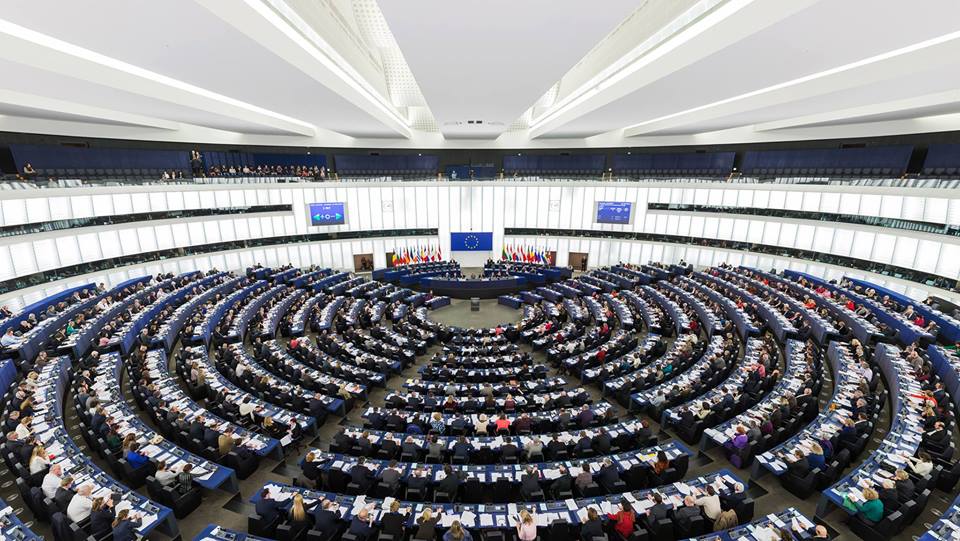 An enormous thanks to the Focus Group participants, the Facilitators – Lexi and Ishan, the Conference Organising Committee, and the Event Sponsors. 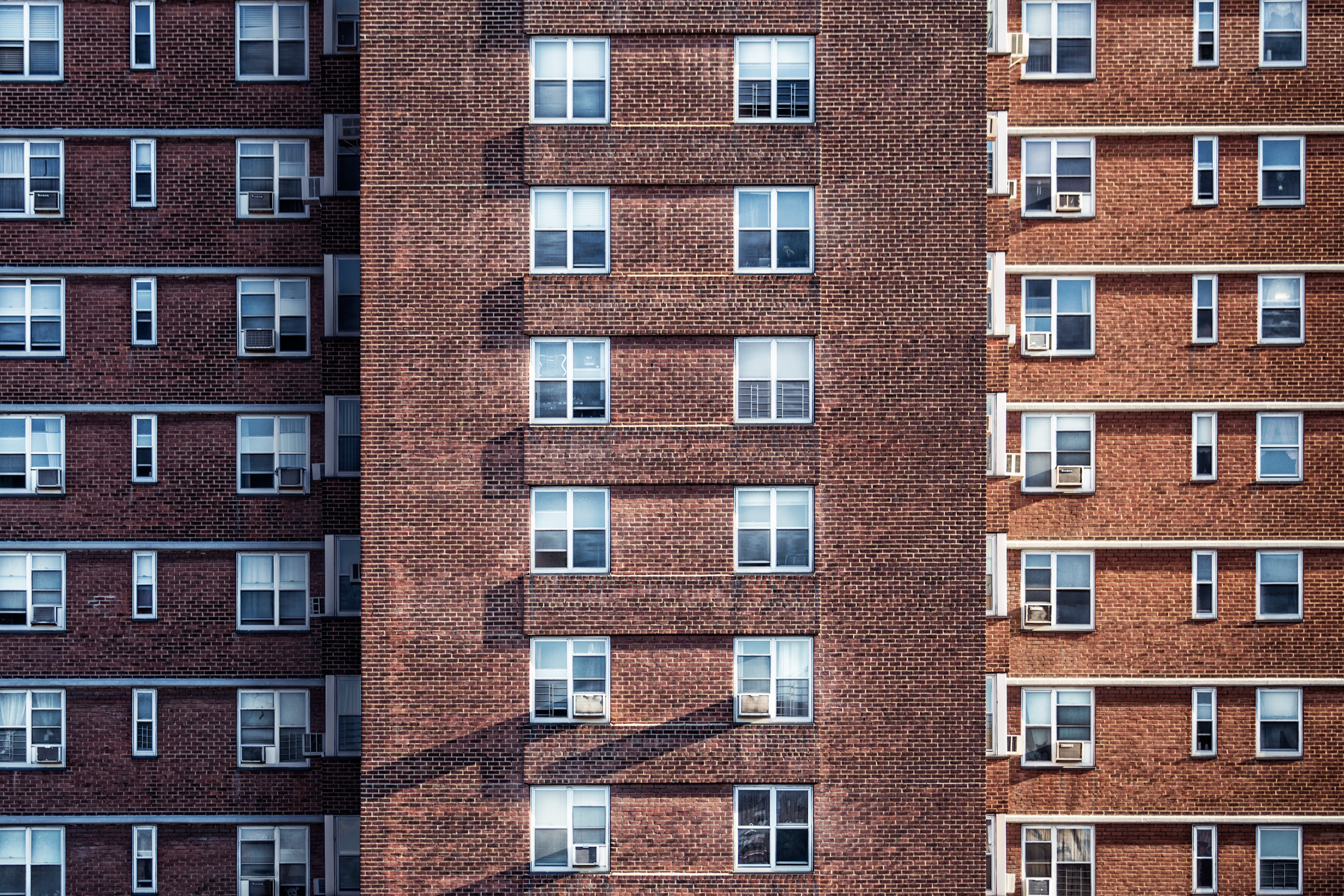 An enormous thanks to the Focus Group participants, the Facilitators – Jonah and Hayley, the Conference Organising Committee, and the Event Sponsors.

About the event: Following the success in 2019, the Wellington Region is looking for committed tertiary students to organise our largest annual tertiary event, Wellington Model International Court of Justice.  WMICJ is our unique spin on the traditional MUN-style events UN Youth New Zealand often delivers. Participants are allocated roles as either a counsel or […]

The National Executive (NX) is a group of seven senior volunteers who are responsible for the day-to-day management of UN Youth New Zealand. The 2020 National President leading the NX is Mark Howard. The Board of Directors is seeking applications for the role of National Finance Officer (NFO). The NFO’s term begins immediately after appointment […]