Ever wondered what it’s like to MUN at midnight? Well, wonder no longer. After a full day of committee sessions on Saturday, four of our Delegates (Caitlin Hancy, Manuevaha Latu, Kate Falloon and Kyle Hannah) were called up to partake in the CMUNCE Midnight Crisis Session, held at the very impressive Marriott Marquis Times Square Hotel. Replete with fat pants and PJs (a somewhat different aesthetic to the other committee sessions), the Delegates, Mitchell and Gauri set off on the train for a two-hour crisis debating session (with a much-needed Starbucks stop on the way). The Delegates all thoroughly enjoyed Midnight Crisis, particularly with having the opportunity to practice for future careers in diplomacy, where issues do not always adhere to a nine-to-five schedule. 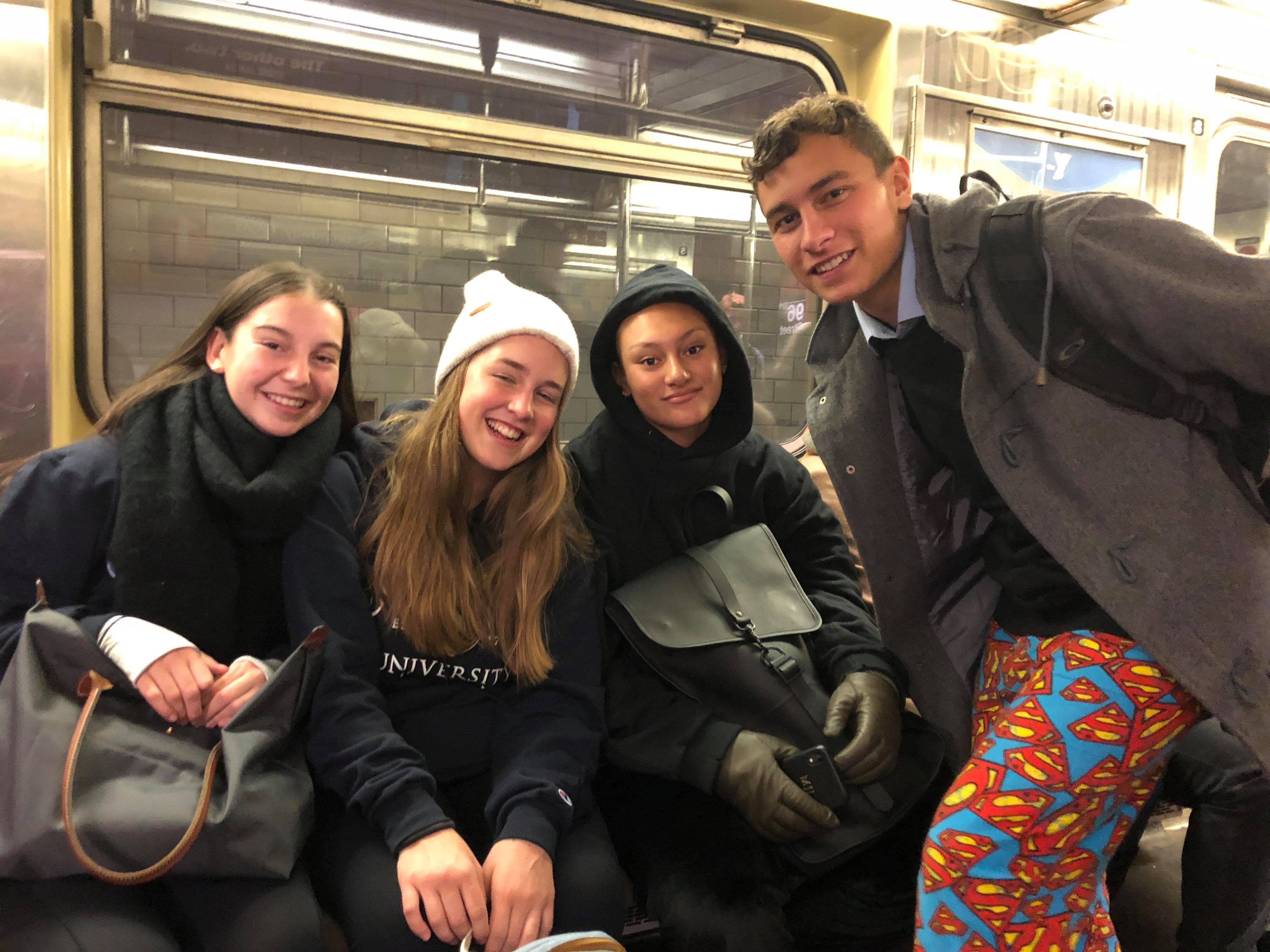 With the rush that was Midnight Crisis over, the Delegates soon found themselves approaching the last day of CMUNCE! The closing ceremony was an experience-and-a-half, with hundreds of students cloistered into Columbia’s Alfred Lerner Hall to hear the results from the three-day conference. Awards were available for Verbal Commendations, Honourable Mentions, Best Delegate, and Outstanding Delegate. We’re incredibly proud to say that two of our own – Rebecca-Rose Ngatai and Caitlin Hancy – won an Honourable Mention and a Verbal Commendation! Rebecca-Rose was in the Golden Age of the Mughals Committee, while Caitlin was in the Ad Hoc Committee of the Secretary-General. 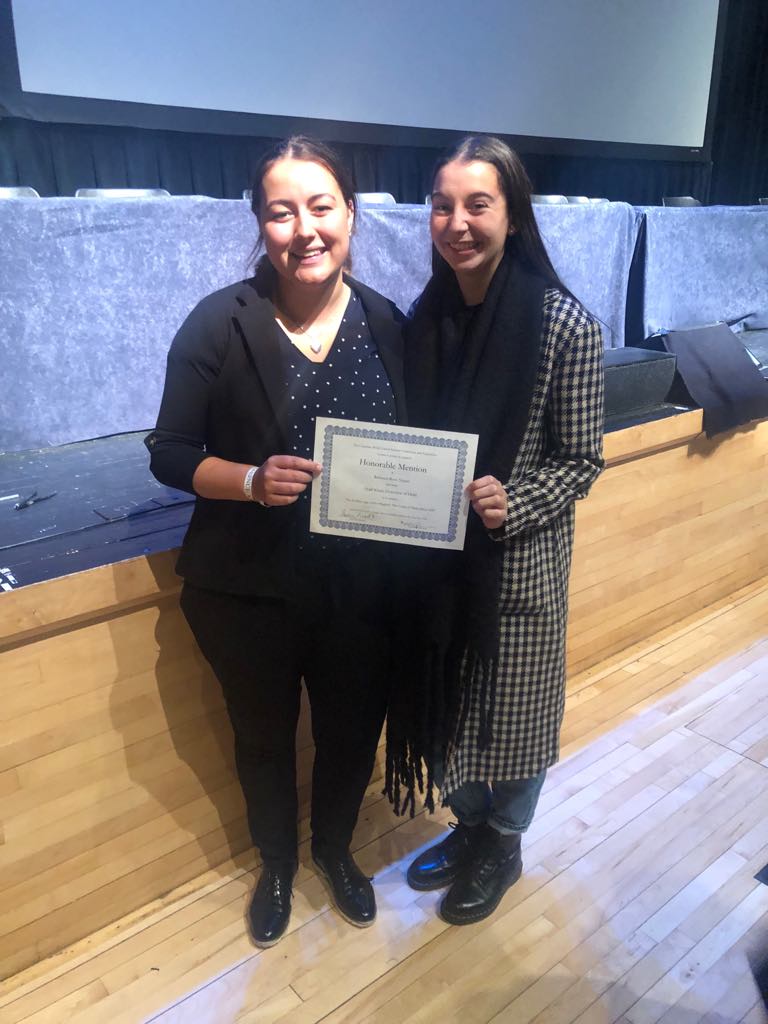 After CMUNCE, the Delegates and the Directorship hustled themselves to John F. Kennedy Airport to catch a seven-hour flight to London. There were many a red bus and telephone booth to see as we drove through town, so our first glimpse of the city did not disappoint! Once we were all well and settled, we went out to see Tower Bridge, The Shard, and St Paul’s, before fittingly ending the evening with a British meal (think fish n chips, bangers and mash, mince pies) at a pub that’s been running since 1660! 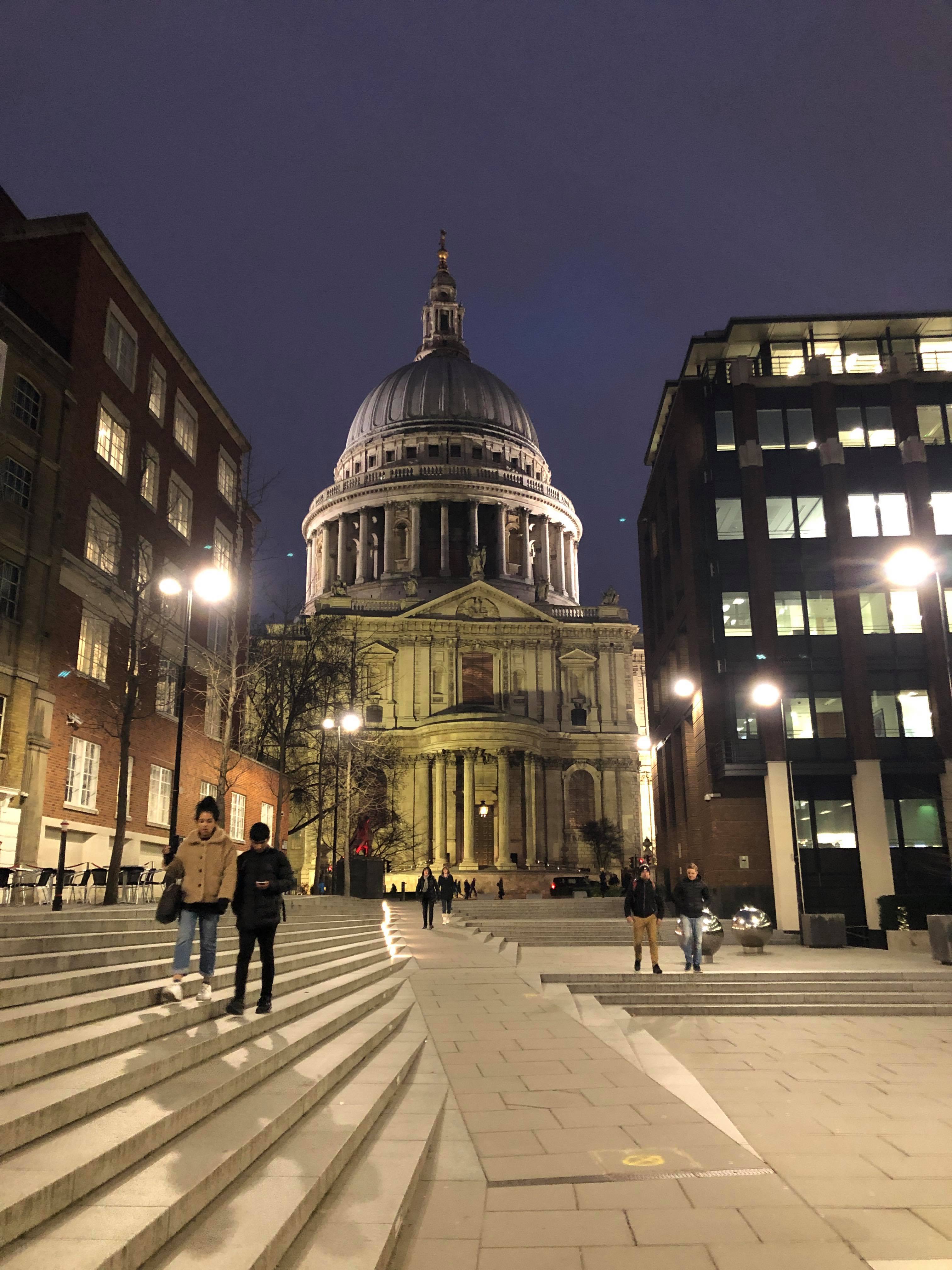 The next morning, the Delegation went off to get to know London a bit better. Our first stop: Buckingham Palace. After navigating the London Underground (which was considerably more confusing than New York’s grid-like subway system), we arrived at Green Park. Though some Delegates (and Directors!) were heard expressing disbelief over the Palace’s relatively unassuming facade, it was still a fantastic experience to view the building, and the Victoria Memorial which stands opposite the Palace gates. We also learnt that the Queen was not in residence, as noted by the raised Union Jack, instead of the Royal Standard. 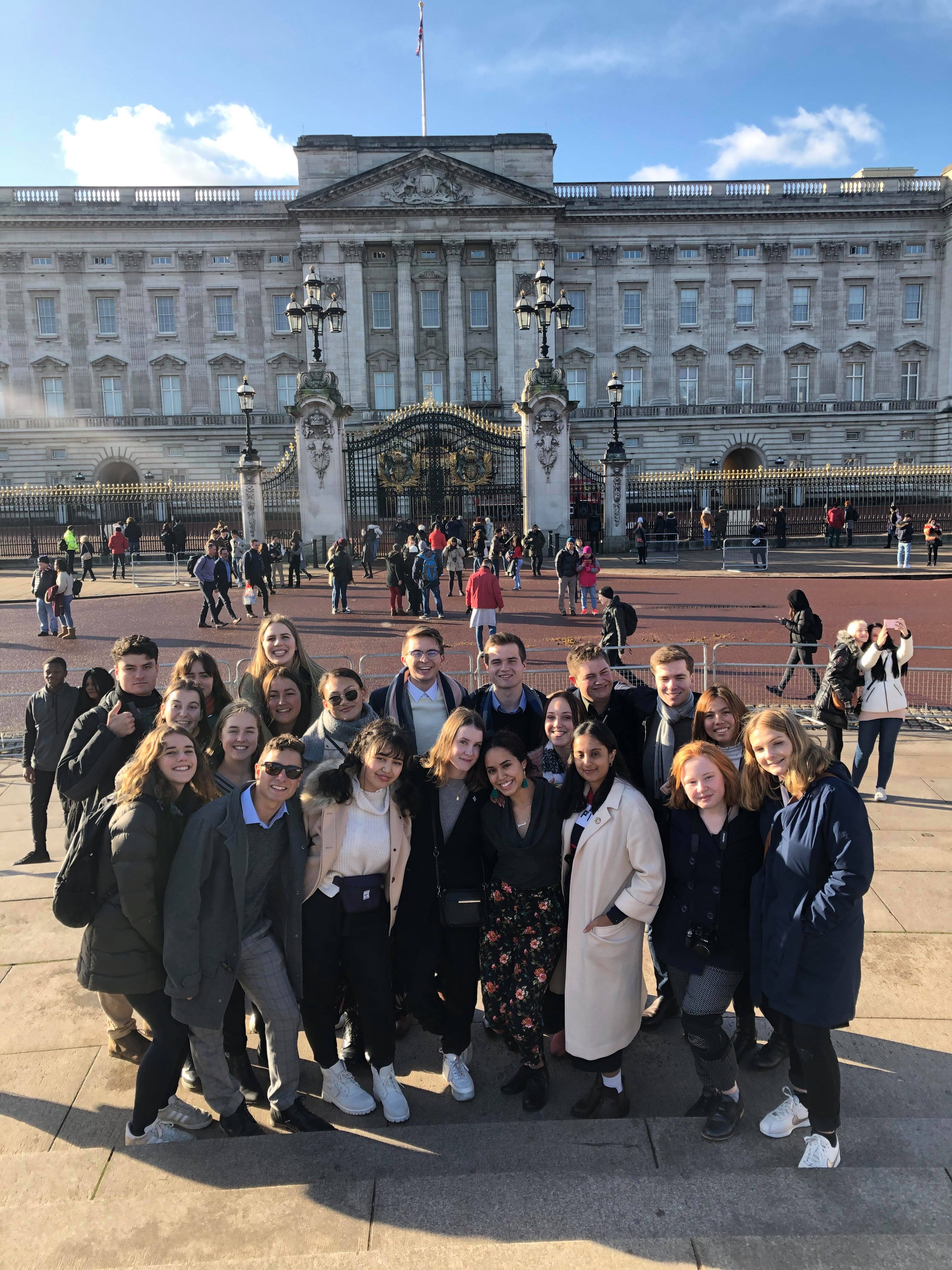 After that, we walked our way to Westminster Abbey, Big Ben (though it was still unfortunately in the depths of construction!), Trafalgar Square, and Piccadilly Circus. A lot of Delegates said that while the hustle and bustle of London remained the same as in New York, the former reminded them a lot more of home. An afternoon of shopping ensued, before the group came together in the evening for the Lion King musical at West End. The props were incredible, the costumes amazing, and it didn’t hurt to look at adult-Simba (who also happened to be a Kiwi!)! 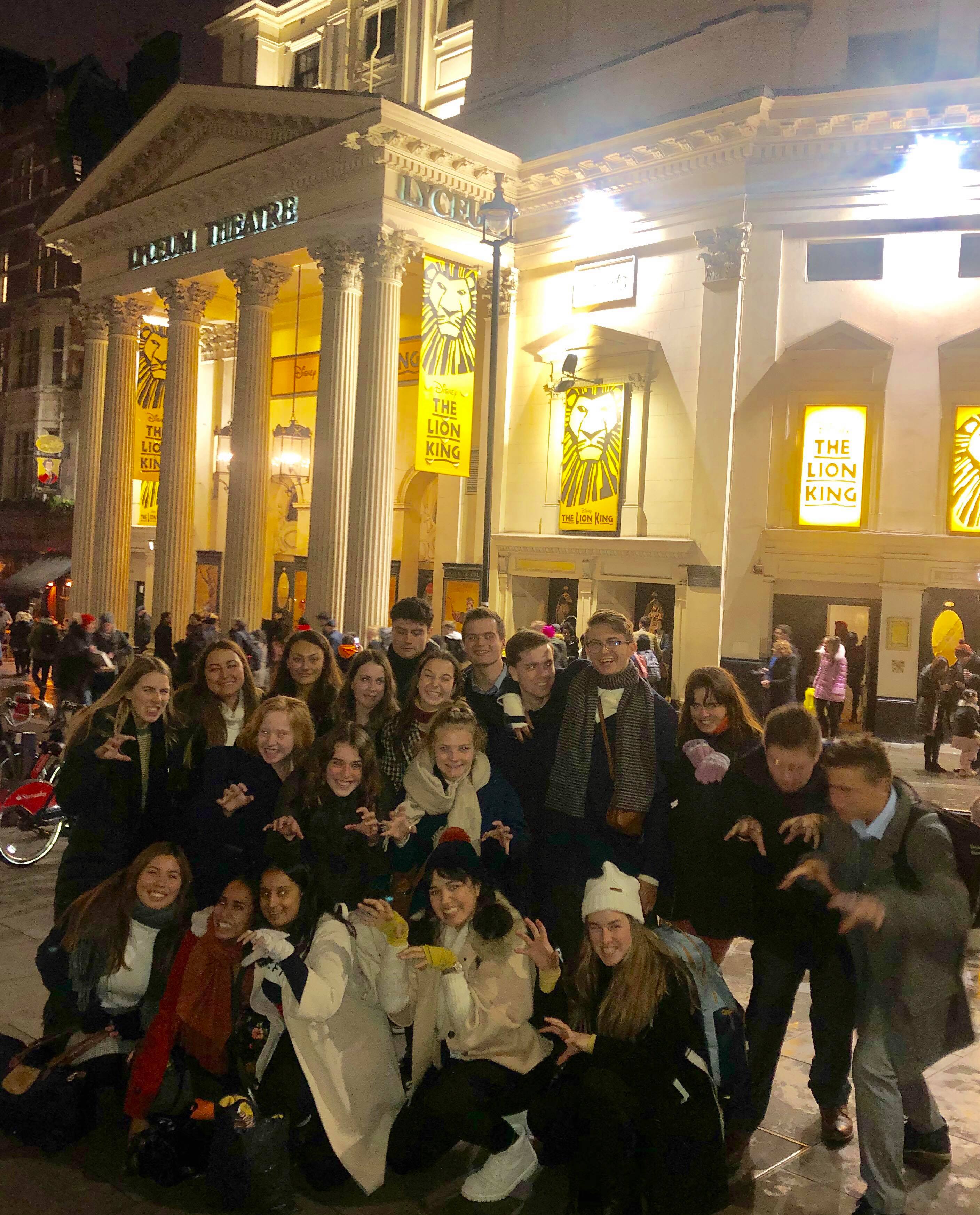 Stay tuned to catch the rest of our adventures in London and our first days in Paris!