We arrived late from Geneva and had an exciting ride through the lit-up streets of Rome in the evening. It felt unbelievable that we were about to have our second-to-last day and our final meeting for the Global Development Tour.

The early start was worth it though. In anticipation of our arrival, the World Food Programme (WFP) had organised a half-day of expert speakers. Firstly, we had the Head of Communications, Caroline, give us a background of the objectives and functions of the WFP.

The interesting point she raised was the reality that the WFP is indispensable but is also funded entirely voluntarily – and mostly by governments such as the United States of America. The delegates were proud to hear that New Zealand also came in quite highly on the donors list.  It was rewarding to see the delegates link their learning from meeting with the WFP’s Share the Meal team. 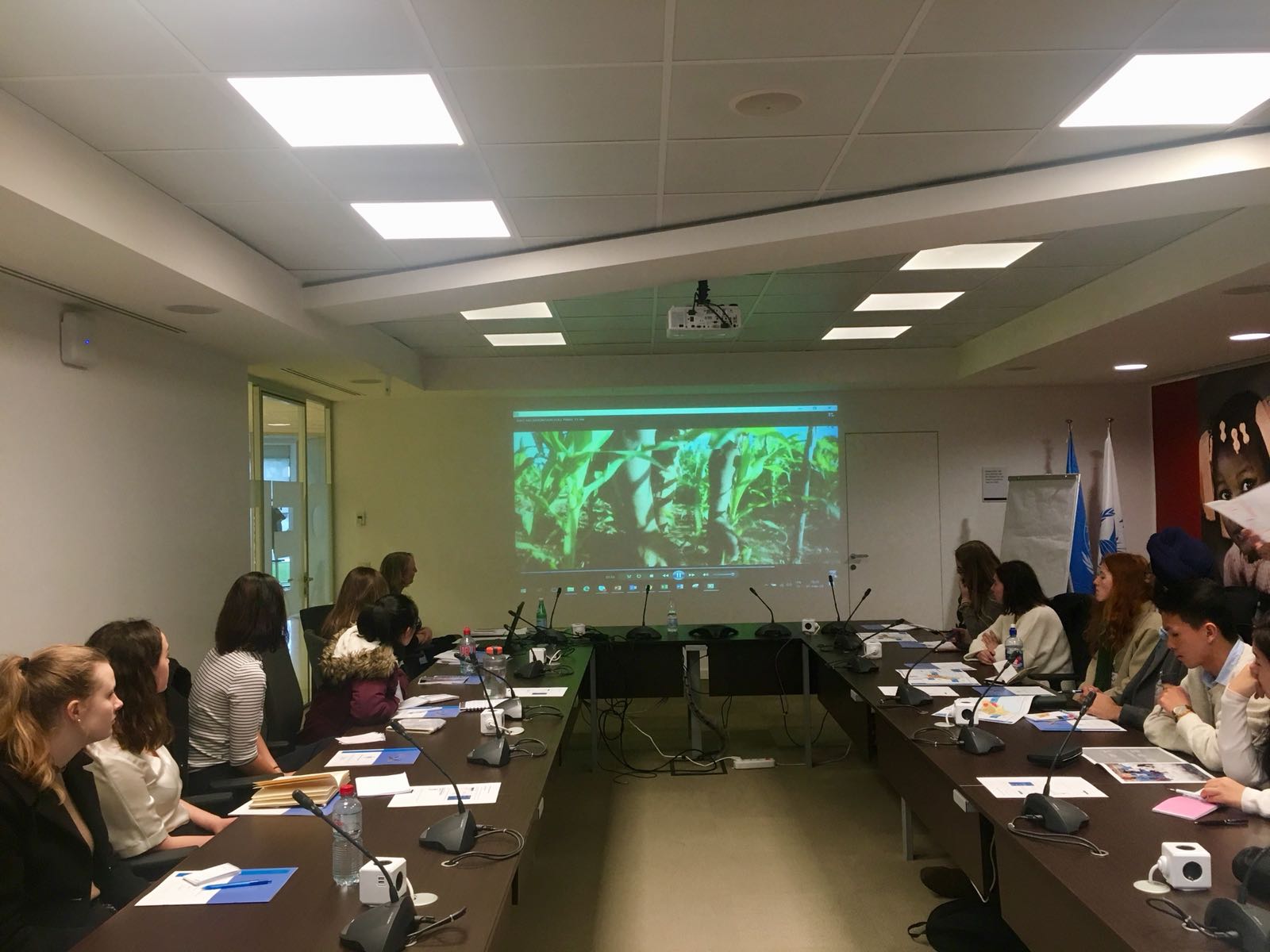 Delegates listening into the work of the WFP

We also discussed the day-to-day operations of gathering data while working in a disaster-struck site where the WFP is stationed and the relationship between hunger and climate change. It was refreshing to see that the WFP was committed to carbon-neutral methods of ending world hunger.

We would like to thank all the speakers who gave us a candid view of what it is like to be working in field for the WFP and the importance of the courage to do so to truly understand the aims of the WFP and the UN SDGs overall. 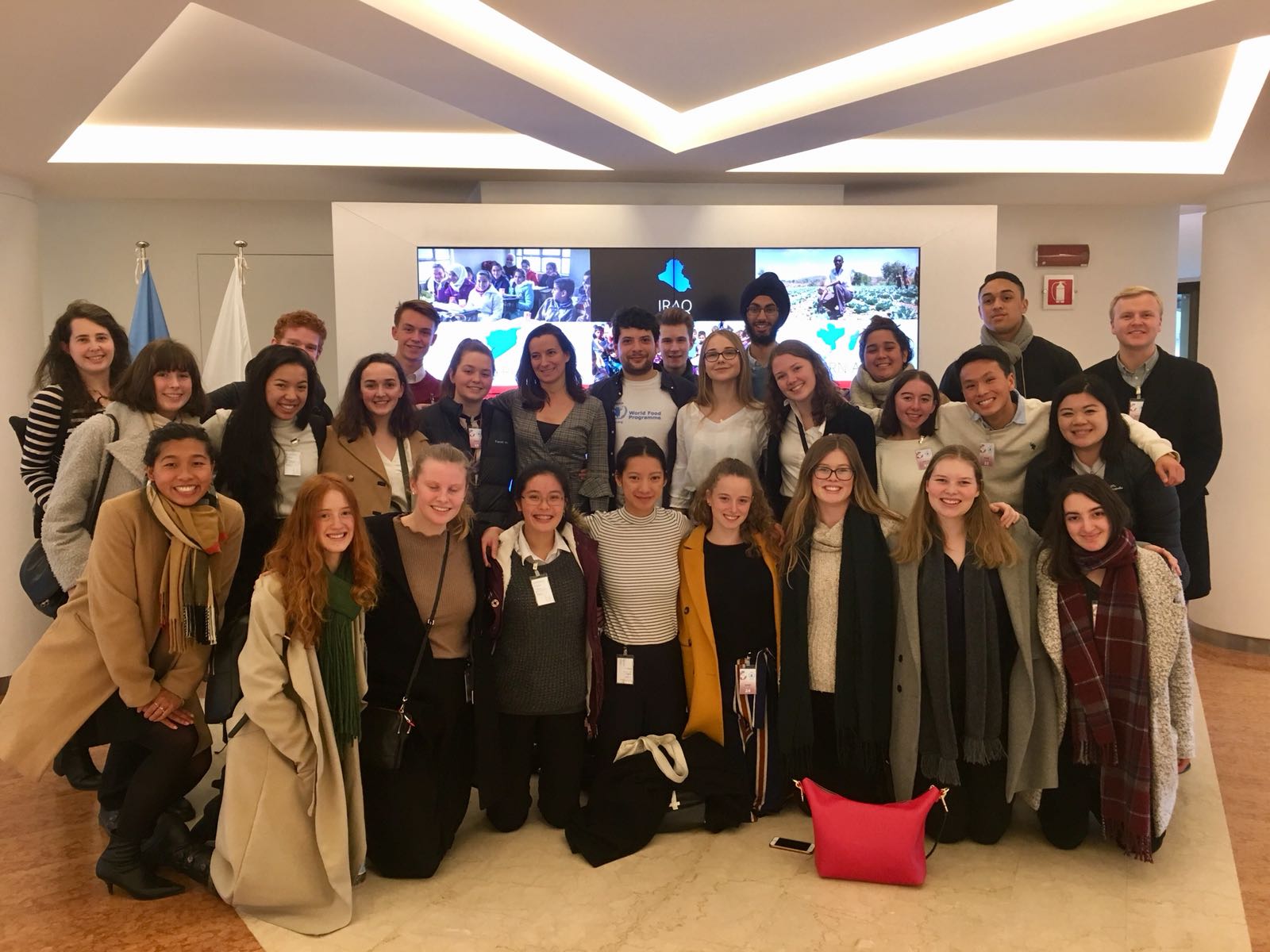 “I was surprised to hear about the history of the World Food Programme – that it started with a Senator refusing to dump additional food that could be sent over to other countries whose population were experiencing famine or food-shortages. From there, the World Food Programme was formed to give this structure and I couldn’t be more happy to hear that individual politicians can have a very lasting and immediate impact on the wellbeing of all global citizens. It is clear that if we are to meet the target SDG Number 2 of ending hunger worldwide, then we need to support the work of the World Food Programme.“ – Chris

After our meeting, we had lunch at the WFP cafeteria, which was a delight. The delegates immediately felt the multiculturalism of the WFP Headquarters in Rome and commented on the diversity of cuisine on offer. We are very lucky to have had this experience.

Next on our agenda we got to explore more of Rome’s treasures including the Colosseum and the streets of Rome. A lucky coincidence for the delegates occurred where our previous past President was able to join us for dinner as he was also in Rome at the same time! 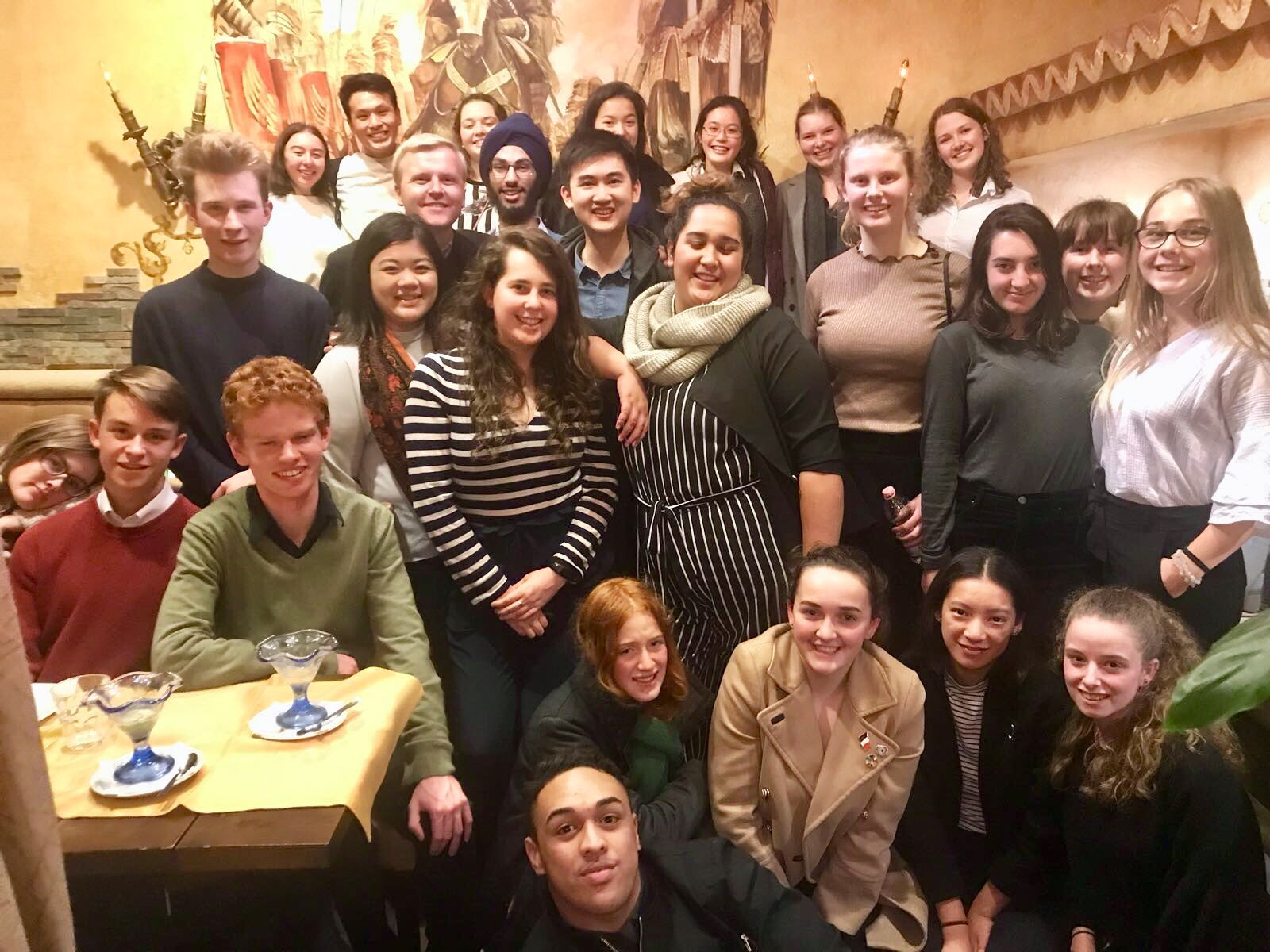 Delegation Dinner with Bowen in Rome

The next day we explored St. Peter’s Basilica, St. Peter’s Square and the Vatican City. Everyone was in awe of the scale of the frescoes on the ceiling of the Sistine Chapel by Michelangelo and the Raphael Room.  Needless to say, this was a highlight for all the delegates, but in particular those who had studied Classics. Some of the delegates also chose to go to the Roman Forum.

It was an easy-going day where we let the delegates explore and find last-minute souvenirs before meeting up at the Trevi Fountain.

Our last delegation dinner was a glorious feast worthy of the Ancient Romans, many heart-warming speeches, and hilarious recollections of our time together. There was no denying that there were speechless acknowledgements that this tour has made an insurmountable impact on each of our delegates.